The new challenge of Manos Papamakarios 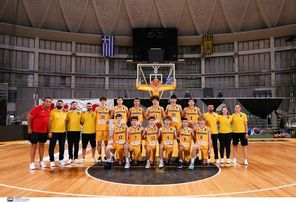 Sfera Sports coach, Manos Papamakarios has been in charge of the U16 National Team of Romania since the beginning of the summer and will begin his official duties for the European Championship in Sofia on August 11. Romania is in 2nd division and will face Ireland, Finland and Ukraine.

During the pre- season, Papamakarios’ team faced of against the National team of Greece, with two strong friendly games that took place at Nick Galis Hall.

In the first game, there were intervals when the Romanian national team was in front of the score, showing quite positive signs. It is worth mentioning, that Papamakarios' team is one of the big favorites for the first place in the group. The Greek National team prevailed with 79-57 (35-32 half-time) while in second match the Greek team won with 69-48 (33-23 half-time).

The Greek U16 National team will face Spain, Montenegro and Skopje on August 11, on behalf of European Championship.

Good luck to both teams and coach Papamakarios!