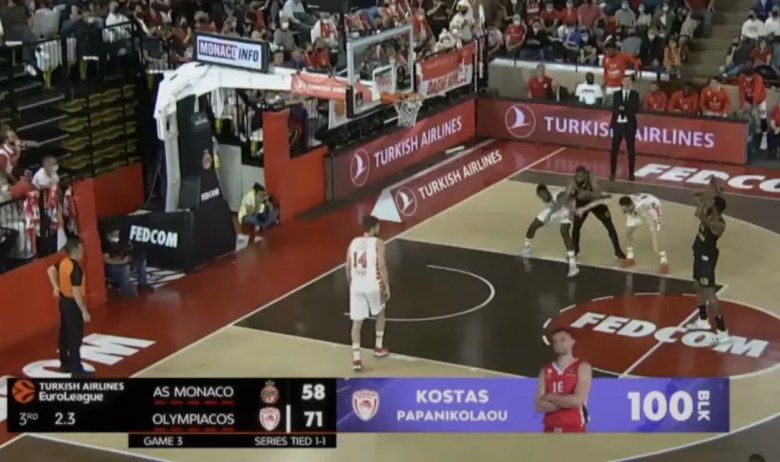 Kostas Papanikolaou reached the 100 blocks at the European level, in yesterday's (27/04) victory of Olympiacos against Monaco (83-87) at the "Stade Louis II" for the third game of the Playoffs series.
After this dominance, the Greek team needs another victory for the Final 4 in Belgrade !!
Keep it up Kostas!