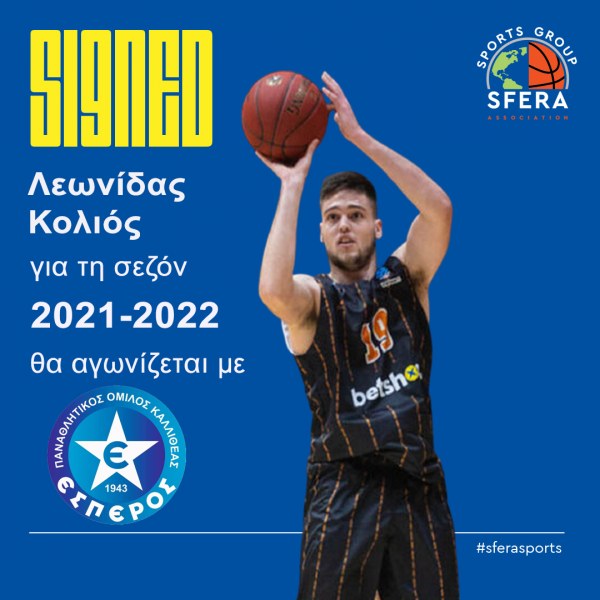 Αn all around player for Esperos Kallithea! Leonidas Kolios (18, 1.96), who is an athlete who can do good job in offense and defense, will play in Division B the upcoming season. In 2020-21, he made his debut in Eurocup with Men Team of Promitheas vs Bursaspor while also during the August he played in U18 Greek Championship with U18 Promitheas which won 2nd place. All the best Leonidas!