Anestis Sfairopoulos received a scholarship and will play for Cardinals (USA) ! 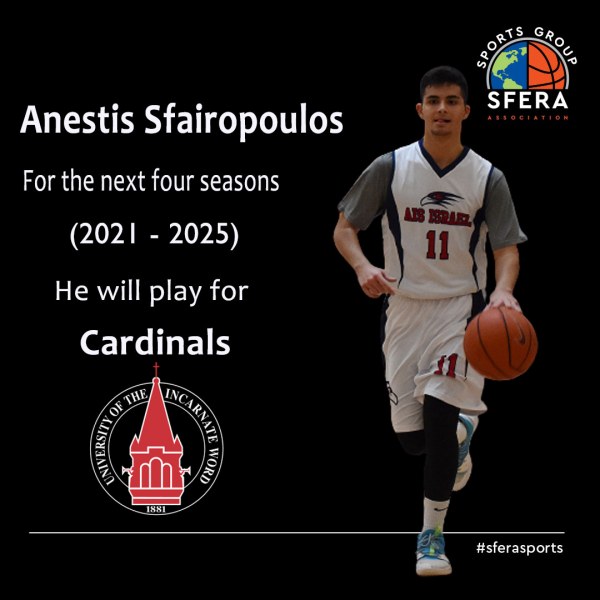 Anestis Sfairopoulos will continue in the USA, receiving a scholarship in the University of the Incarnate Word (UIW)! For the next four seasons (2021-25), he will play for Cardinals. In season 2019-20 and 2020-21, SferaSports talented combo guard (18, 1.82) was a member of U18 of Maccabi Tel Aviv and for two consecutive years (2020 and 2021) he won the title of MVP in school Championship of Ιsrael as athlete of Walworth Barbour American International School of Israel. Also, he played for Mantoulidis (2018-19) and was a member of the team (U16) which won the 2nd place in the championship of Thessaloniki. Previously, he was an athlete of the French Institute of Piraeus and celebrated the first place in the school Championship of Piraeus. Sfairopoulos was the most valuable basketball player of school Championship of Piraeus. Moreover, for three years (2015-2018), he was a player of Olympiacos BC Youth. Good luck Anestis!