Theodosios Paralikas is the new client of Sfera Sports Association! 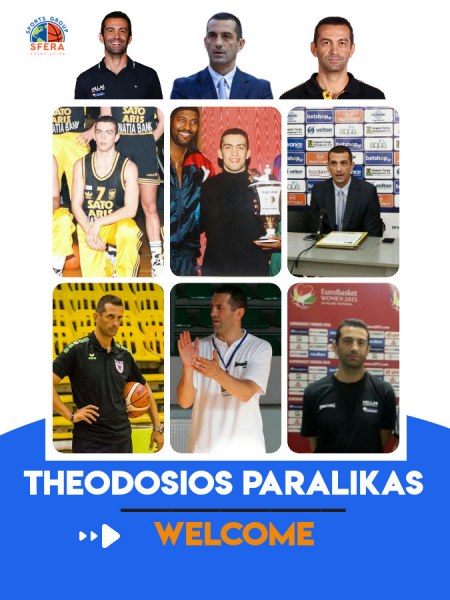 Sfera Sports Association is happy to announce the collaboration with an experienced coach, Theodosios Paralikas. He has worked both in Men's and Women's clubs and served as an assistant coach of Lavrio (2017-19) in Basket League. Also, he celebrated the championship, the Supercup and Cup Winners in Turkish League with Women's team of Fenerbahce (2015-17)
which finished 3rd in Euroleague in 2016. Among others, Paralikas was a member of Men's and Women's clubs in Romania and exemplified as an assistant coach of the Greek National Women's Team in Eurobasket 2015. For many years, he played for Aris Thessalonikis and celebrated the title of FIBA European Cup in 1993. Welcome coach to Sfera Sports Assosiation family!