Μanolis Papamakarios is the new client of Sfera Sports Association! 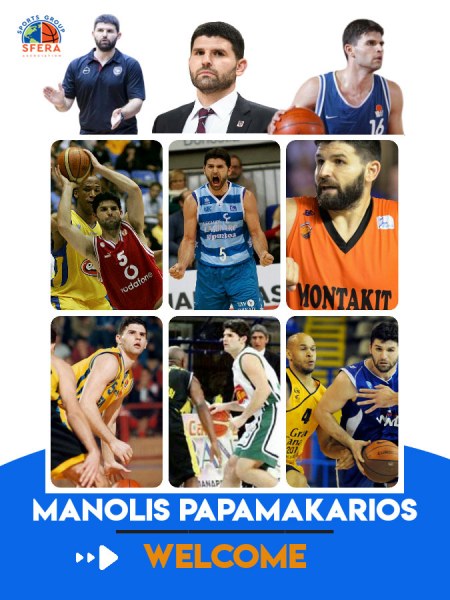 Μanolis Papamakarios is the new client of Sfera Sports Association in his beginning of his coaching career! Our sports management company is proud about the cooperation with an ex player who had a bright past. Papamakarios was a member of Greek National Basketball Team while also  played in Euroleague with Olympiacos jersey and played in final of ULEB Cup with Makedonikos jersey. He participated in Top European League as Liga Endesa (as a player of Gipuzkoa and Fuenlabrada). Moreover, Papamakarios is in the TOP-10 Greek Basket League Players in appearance, assists and made three-pointers. Furthermore, he has made the list of the TOP-20 Greek Basket League players in scoring. Papamakarios, who was the President of the National Association of Greek Basketball Players, began his coaching career in Ifaistos BC, in which he was member of the staff for 2 consecutives seasons when the club played in Basket League. Welcome Manolis to Sfera Sports Assosiation family!