Eleftheriadis was MVP οf Filippos BC in away win over Kavala! 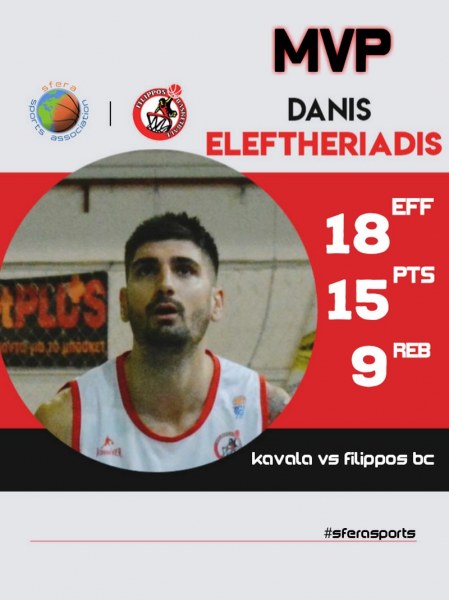 Danis Eleftheriadis had great perfomance in away 60-74 win over Kavala! He was the MVP of Filippos BC with 18 EFF while also flirted with double-double as posted 15 points and 9 rebounds. Also, Eleftheriadis added 2 assists and 1 steal. During the first half, SferaSports played scored 12 points contributing significantly to the lead (17-39 in 20') of his team. Congrats Danis!