Kanonidis had a great perfomance with double-double! 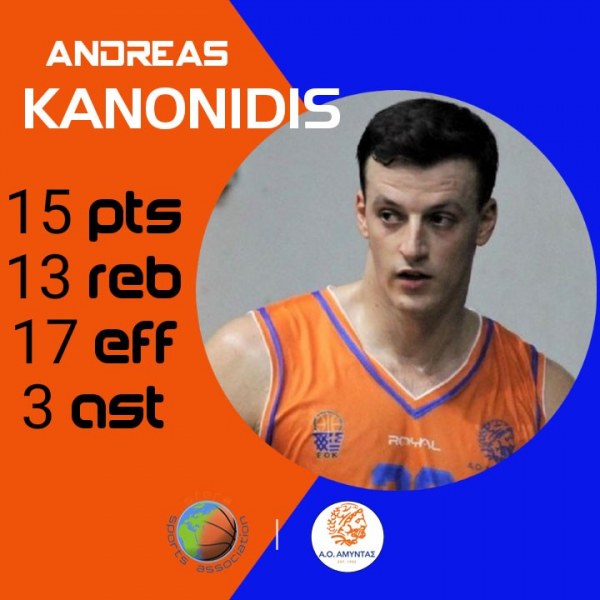 Τhe resumption of the A2 championship (after 5 months) was difficult for all the clubs but Andreas Kanonidis added one more great perfomance! SferaSports player finished the game against Panerithraikos with double-double as he had 15 points and 13 rebounds (the first of the game in caterogy of rebounds). Also, he was the most valuable player of Amyntas with 17 EFF while adding 3 assists and 1 steal. Congtats Andreas!