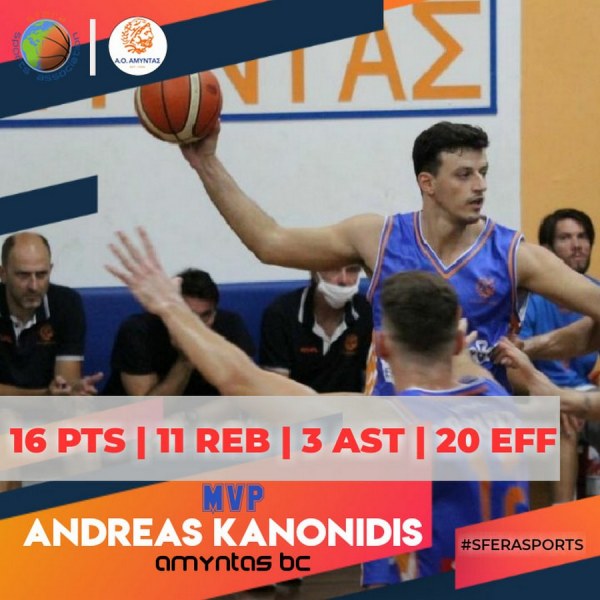 Andreas Kanonidis was the MVP of the game in 68-60 win over Agrinio! SferaSports forward, who had an impressive perfomance, finished the game with double-double as he had 16 points (the top scorer of the match) and 11 rebounds (the first in caterogy of rebounds in the game) while also added 3 assists and 1 steal. Congrats Andreas!