Kafezas was the top scorer of Triton in his debut! 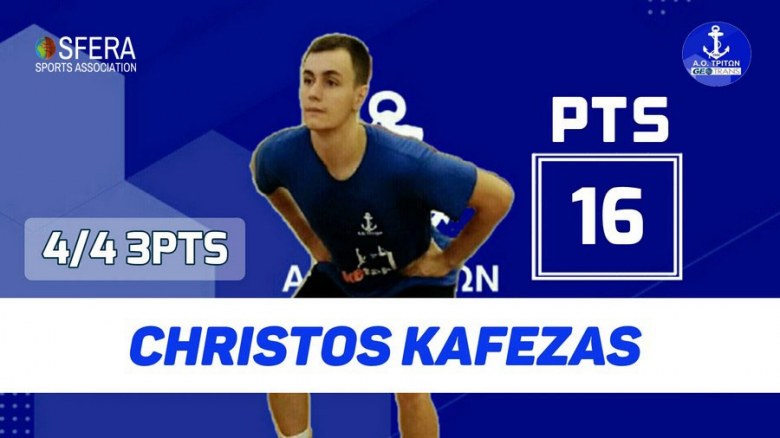 A great debut for Christos Kafezas as he scored 16 points (in 26 minutes of action) against Paneryrthraikos! SferaSports point guard  (18, 1.91) showcased his skills in game for Greek National Cup and was the top scored of Triton while also he was hot from behind the arc with 4/4 3p.! Congats Christos!