Giannis Sfairopoulos passed on his knowledge to a webinar of the Turkish Coaching Association! 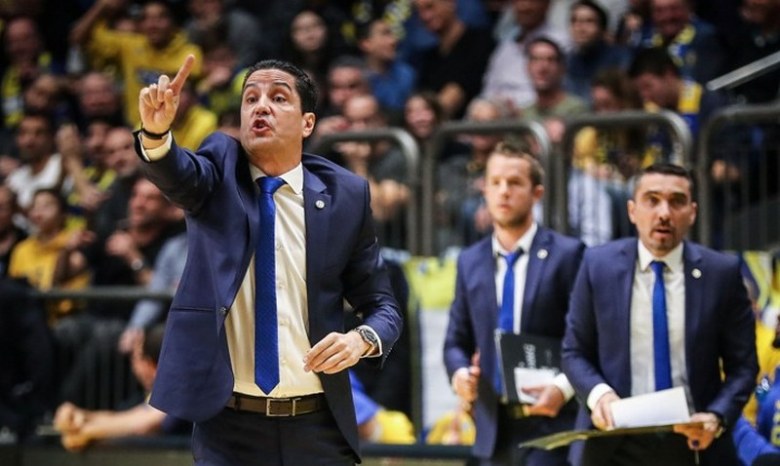 Giannis Sfairopoulos, who is a well respected coach and has a tremendous coaching career, was invited to the webinar of the Turkish Coaching Association. Maccabi’s Tel Aviv coach, who is represented by Sfera Sports Association and he was voted by the GMs of the Euroleague clubs as the ‘’Best Coach of the Εuroleague for the 2019-20 season’’, gave his advice to the members of the coaching associoation of the neighboring country and analyzed the topic : “Fastbreak & Transition”. Before the seminar in Turkey, Giannis Sfairopoulos shared his cognition at an online seminar, organized by Greek Coaching Association, on the subject : "Take over a team in the middle of the season: Coaching Approach". His appearance in this seminar was extremely successful.

Something similar happened at the seminar of the Turkish Coaching Association, as the Greek coach analyzed in detail the aforementioned topic and through the assistance of video he tried to specialize his analysis. Βy the unexpected end of the 2019-20 season due to COVID-19, Maccabi Tel Aviv ranked as one of the best teams in the Fastbreak scoring, so Sfairopoulos is an expert in that part of the game and he is one of the most expedient coaches to impart his valuable knowledge regarding the best possible execution of situations that are formed through the up tempo game that a team can impose. Specifically, Maccabi Tel Aviv's coach proceed to the analysis of the Fastbreak , he examined every stage of it and he point out every scoring opportunity that can be created through it. To accomplish this, Giannis showed to the viewers of the seminar some Power Point slides that were created by him and specific videos.Lastly, it is worth mentioning that there were highly praiseworthy comments in Turkey about the Greek coach and for his appearance in this webinar.