Ioannis Tsirogiannis as the Main Speaker of two webinars in Italy and in the Middle East! 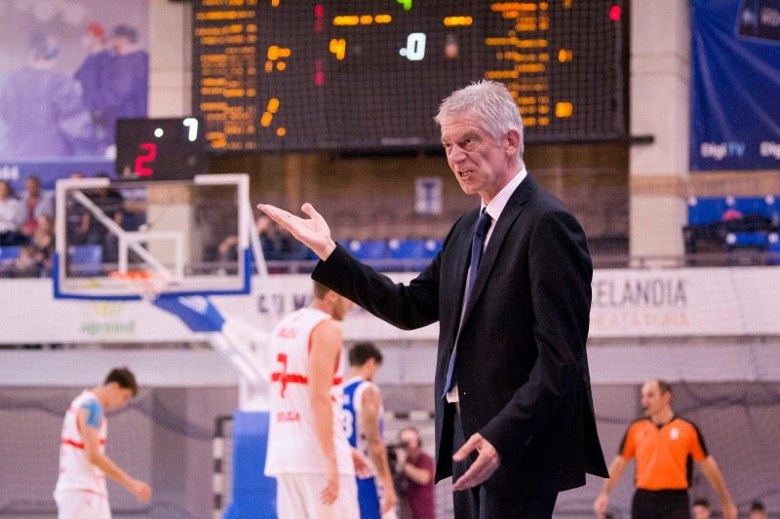 Ioannis Tsirogiannis is a world-wide successful coach, who has 25 years of experience in coaching, as he offered his services to many teams in Europe and in the Middle East. Also, he is working with favorable athletes, both men and women, in the part of individual basketball development. The experienced coach, being known for his great coaching work, was invited to speak to two webinars in Italy and in the Middle East, giving his valuable directions on various issues related to the coaching management of athletes on the individual level and the coaching management of special situations concerning national teams and clubs.

He was the main guest and keynote speaker of two webinars (which broadcasted via "basketball24H" and "capitano coaches clinics" platforms in Italy and the Middle East respectively) in which there was huge participation and high interest from coaches and athletes. As for the Middle East seminar, it was attended, also, by various General Managers. Tsirogiannis, speaking in the webinar in Italy, elaborated the topic of individual training of the players who play at a high level. Ioannis, as an individual coach, has the required experience, since he has worked with NBAers and successful athletes, helping them to take their game to the next level.

He gave his instructions and advise the audience on the subject of methodology regarding the demands that exist for NBA and Euroleague basketball players and on the part of video scouting, in order to better analyse the weaknesses of the players. At the same time, reference was made to the issue of relationships between the basketball player and the coach, given that there are athletes who have great personalities, so they may need special handling. Moreover, coach talked about the basketball drill book that is followed based on the level of each player. There are athletes who have demands for specific skills that they want to work on and improve in order to a add some new moves to their game.

The Middle East webinar, in which coach Tsirogiannis spoke, concerned all the Arab countries as well as those in Africa.  The main subject that was deconstructed by the experienced coach was the preparation of a National team. Besides he expressed how a coach will be able tomanage in the best possible way his attempt to take over a National team or a club in the middle of the season. Giannis Tsirogiannis referred to these topics, underlined the differences and the similarities that may exist in each case and gave his instructions onhow a coach, as he lacks of little preparation time, will be able to do what is required to do to have immediate results, either fornational teams or for clubs.