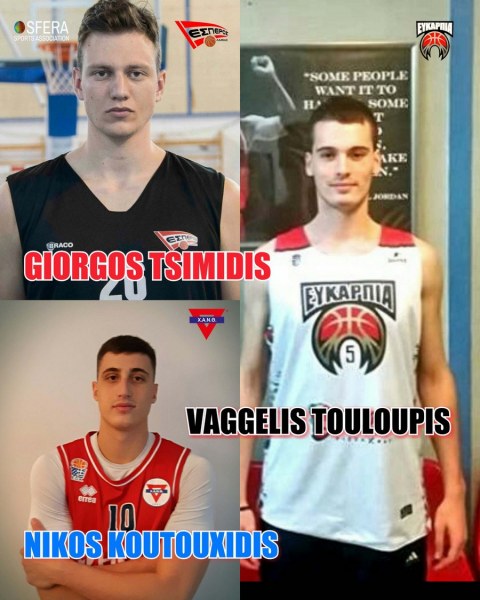 Giorgos Tsimidis had a superb perfomance in loss by Efkarpia. SferaSports power forward/center (21, 2.04) was the top scorer of the game as he posted 23 points with impressive 8/8 2p.! Nikos Koutouxidis was the leader of YMCA Thessaloniki in scoring for fourth time in a row. SferaSports forward (20, 1.95) finished the game against PAS Giannina with 15 points. Vaggelis Touloupis was one of the key players of Efkarpia in 83-71 win over Esperos Lamias. SferaSports shooting guard/small forward (19, 1.97) was effective as he had 12 points with 3/5 2p. and 2/2 three-pointers. Congrats guys!