Α good perfomance by Brazelton with a clutch lay up in the last minute of the game! 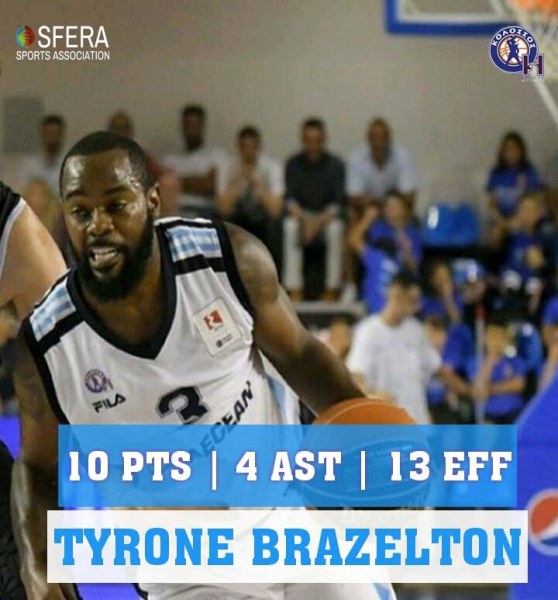 A favorable game by Tyrone Brazelton in the big road win (73-70) of Kolossos against Promitheas Patras. SferaSports partner player captured the victory for his team as he made a clutch lay up and push the lead to 68-64 in the last minute of the game. He finished with 10 points (4/5 2 p.) and 4 rebounds while also had 4 assists (the hightest number of Kolossos in this category) and 13 EFF (the second most valuable player of his club) in 19 minutes of action. Well done Tyron!