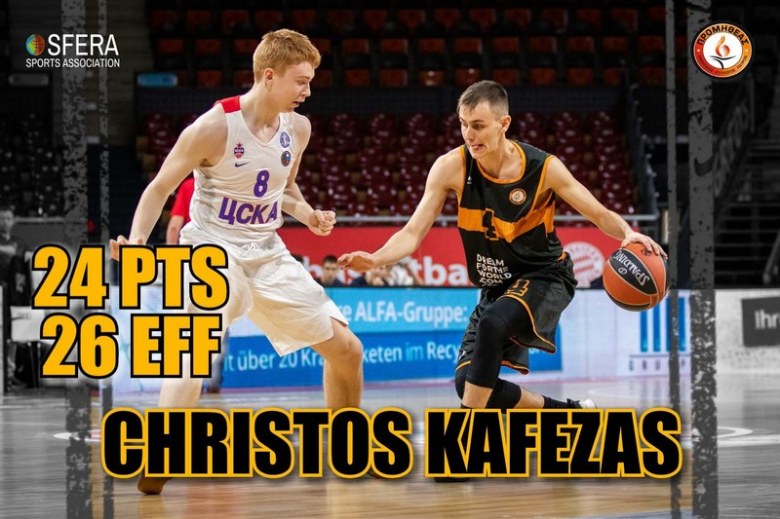 Christos Kafezas shined in loss (83-82) by CSKA Moscow. SferaSports combo guard showcased his talent for one more game of U18 Promitheas in Adidas Next Generation Tournament. Kafezas was the top scorer of the match as he scored 24 points while also had 5 rebounds, 3 assists and 26 EFF (the highest number of the game in this caterogy). Well done Christos!