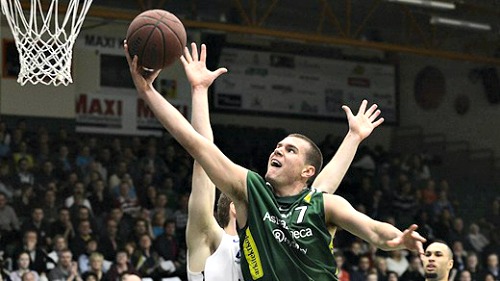 Dino Pita is well known for his ability to score from the three point line. A few days ago, the 26-year old guard of Sfera Sports Association, documented his practice, where he found the bottom of the net 92 out of 100 times, while shouting three pointers. This was his answer to Alberto Corbacho of Obradoiro CAB who had score 89 out of 100 times. In the topic about him and his achievement, Dino Pita, said among other things: "I saw Corbacho's video and knew i could beat him. Sometimes in practice i score more than 92 times, but i will try to beat my score only if someone else does it". You can see the article about Dino Pita here and his video here.