Papanikolaou shines in his debut as a Rocket 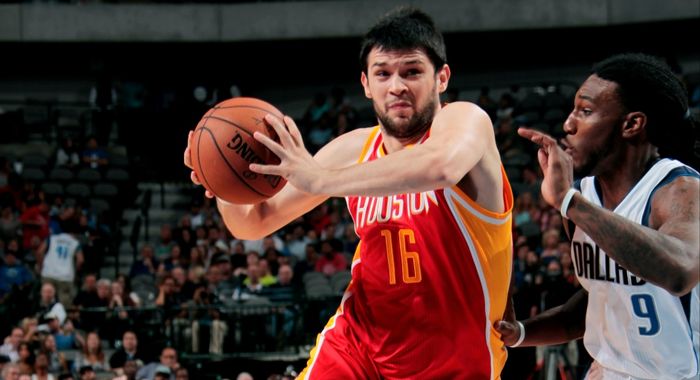 It's pretty sure that Kostas Papanikolaou couldn't imagine a better debut in the NBA. Houston Rockets played today their first game of the preseason and the 24-year old forward of Sfera Sports Association was the man of the hour. And that because with the three free throws that he scored with 0.2 seconds until the end, he managed to give his team a 111-108 win. Kevin MacHale showed from the first game that he expects many things from "K-Pap", after having him playing almost 26 minutes. The second more for Rockets team. "I think that the players who came from the bench did a pretty good job. I gave Papanikolaou the ball and asked him to make some shoots which he did" was his comment about "K-Pap". Papanikolaou was the third leading scorer of his team with 12 points, had the most boards (6), dished out one assist and also had one steal. After the game he said: "When i first set foot on the floor i was a little jumpy. I didn't feel very well. But as the time went on i started relaxing and feeling better. At the end of the game i felt really pumped up".