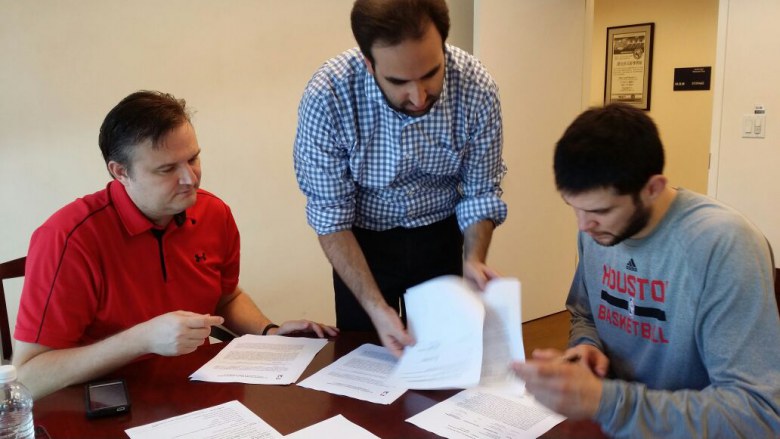 Kostas Papanikolaou is officially a player of Houston Rockets. The 24-year old forward of Sfera Sports Association paid last Thursday his part of buy out to Barcelona and the next day so did Houston Rockets. Yesterday morning Papanikolaou’s letter of clearance arrived at USA and after that he signed his new contract having by his side GM of Houston Rockets, Daryl Morey and founder of Sfera Sports Association, George Sfairopoulos. After that “KPap” travelled to Ottawa Canada, in order to get his working visa and is expected back at Houston until Friday. Papanikolaou started practicing with Houston Rockets. His coach, Kevin McHale and the other team staff at start gave him a special training program so he can be 100% ready for training camp opening in September 30. That happened because Papanikolaou had a full summer with Greece NT which could lead him to overwork and exhaustion.